Rohnert Park got a nice addition this year — Bear Republic Brewing! With Lagunitas Brewing a mere 12 minute drive south, the Bear Republic opened (technically in September 2017) with a massive dining hall with outdoor seating overlooking a beautiful lake. The former nightclub/ restaurant is the perfect spot for this Healdsburg based brewery to make a splash.

When I visited the brewery had just opened, I was impressed by the open glass window kitchen concept, and blown away by the sheer volume and capacity the brewery had (the images I took don’t do it justice, there are lots of places to sit!), along with the adult games (cornhole, etc.) I was not prepared for this.

The beer menu was extensive. I love their IPA’s, in fact they rank as some of my favorites, so I made no qualms ordering a double IPA at my 11am business meeting (they understood). I’ll have to go back for more meetings (I felt a tasting flight might have been overkill). Anyways, this place is definitely worth adding to your itinerary, especially if you’re already a fan of their beer, or of Lagunitas.

Check them out at 5000 Roberts Lake Road, Rohnert Park. 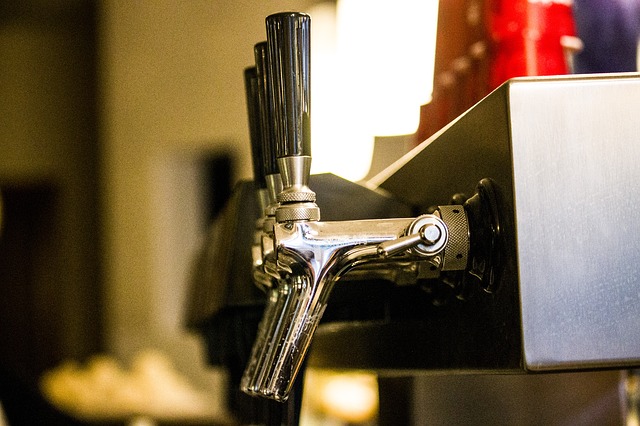 Surrounded by vast grapevines Sonoma County’s brew scene is taking off with a bunch of new breweries popping up all over. It’s great to see, because the Russian River Valley used to be covered in hops long before the grapevines took over. Now all that remains are the old hop kilns, converted into wineries. Like they say in wine country, “It takes a lot of good beer to make great wine,” so the following is my list of the top 5 breweries to check out in Sonoma County. I’m leaving some out like Lagunitas and Russian River Brew Co, people can easily find those. This list is for people who don’t want the massive crowd and long lines. Link to the map

Located in a warehouse in Northwest Santa Rosa, driving in will take you to a hidden spot in the industrial area of Santa Rosa — far away from the downtown area. That’s the beauty of Cooperage, away from the heavy traffic areas. The atmosphere is laid back with locals sitting at the bar after work. The beer is great here, they are rotating taps right now while they’re still new and seeing what people like. Cooperage brews some Belgian Style Sours and Barrel aged beers, focusing on wild and spontaneous fermentations, but they also offer some great hoppy beers and IPA. My favorite was the Makin’ Hoppies (Pale Ale).

Why Go Here? Go here to get away from the crowd, play some corn hole, and great beer and some great music. Oh and no food as of yet, but there’s some great authentic Mexican food right down the street.

The newish Fogbelt has some great beers on tap and I like their small tap room, but what really does it for me is their food menu which pairs great with their beers. I particularly like their pretzels and cheese sauce, along with their Double IPA. Fogbelt is tucked just outside the downtown area on the western side of the highway. Fogbelt has plenty of seating indoors and out to eat and drink at. Fogbelt is growing their own hops at their estate and is working with local farmers to bring back hops to Sonoma County. Gotta love it.

Why Go Here? Bring the ladies, there are two wineries with tastings rooms right next door. Everybody wins!

Saint Florian is the patron saint of firefighters, which makes sense it a perfect name for this brewery started by Windsor Fire Captain and his wife, and their small tap room and beers are some of my favorite. 5% of profits go to fire-related and community based organizations. Seating is definitely limited as they have just opened shop, but certainly worth checking out as their beers are great. I really liked the 48/96. You can find them also on tap in many of the local bars and restaurants, and in local grocers.

Why Go Here?If you’re a firefighter or know someone who is (they have t-shirts and other swag). Or if you just want to drink great brews and to support a fantastic brewery. Oh and they have a really cool looking growler!

I don’t always drink heavy beers, but when I do it’s usually “Porterluma.” Okay, they make a lot of other beers here, but I like their Porter probably the most. The Triple J is a Belgian style Tripel that is pretty delicious as well. Located accross the street from Lagunitas, Petaluma Hills Brewery takes good advantage of the traffic generated by Lagunitas, but don’t discount their beers because of that. They’re just smart. The tasting room is small but has a great L shaped bar.

Why Go Here? If you’re headed to Lagunitas, or don’t want to battle the crowds. If you want a cozy place to watch a game with friendly people.

Okay, I have to admit I’ve never been to their tasting room before, but I’ve drank so much of their beer that I’d feel remorse if I left them off this list. 101 North is located right next to Petaluma Hills and across the street from Lagunitas. I’m still in love with their Heroine IPA. You can find it on tap at lots of the local bars and restaurants, and in the bottle at local grocers too.

Why Go Here? If you need a Heroine fix. And if you’re in the area.

A few other breweries on my radar: 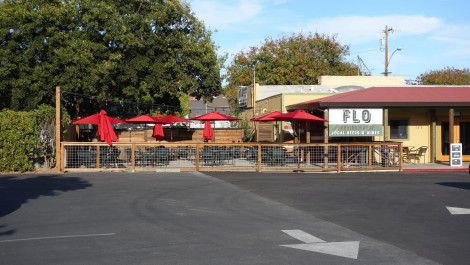 I might have a new favorite place to grab a beer in Healdsburg. Flo is a new beer and wine bar just south of the town next to Mill St. Antiques and The New Parish Café. Offering, a good selection of beer and wine for local prices.

Flo has two tv’s and the inside is small, but they also have a massive patio with umbrellas and plenty of parking. It’s so new that the wedding parties and honeymooners haven’t crashed the party yet. Not that I care too much about that, it’s one of the things that makes Healdsburg’s nightlife fun. But sometimes you just want to grab a beer in a quiet, not so uppity or not too loud, not too divey type of place and Flo might just be that place.