Only in Sonoma County could you find an organic, vegetarian fast food restaurant that excels in satisfying even the most staunch carnivore. Make no mistake, this GMO free restaurant is no half-assed attempt at fast food. It is a legitimate contender to neighboring restaurants and they do it with competitive pricing, inviting atmosphere, healthy options, and a few not-so-healthy treats.

I was slightly tricked my first time here. Having been a resident of Sonoma County for a few years before Amy’s opened, I had known of the Amy’s factory. Amy’s in Rohnert Park has been producing the famous line of organic foods for grocery stores for years (canned goods, frozen things like pizza’s and burritos, and boxed dry grocery). When they opened in the same town, I never put two-and-two together and realized that the food would model that of their organic, vegetarian cuisine.

Amy’s, in fact, is named after the company’s daughter. They built their company on the idea that there was a lack of quick, healthy options to feed their daughter. So my first time in I ordered the burger, fries and milkshake. The burger was delicious but it tasted just different, so I investigated. Oh it was a veggie burger. Again, no worries, it was delicious!

Let’s Talk About the Food

I haven’t eaten everything on the menu, but that’s my goal. I have goals. The chili cheese fries are my guilty pleasure. When I need a meal that will fill me up, the classic burrito (red beans, red rice, cheddar cheese, lettuce, tomato, sour cream, and salsa) is my staple. I have yet to try the oh so tempting Mac ‘N’ Cheese or the organic and vegan pizza’s. The salads are wonderful and so are the milkshakes (yes, they have non-daily shakes). Most recently, I heard someone in line talking about their cinnamon rolls. “Cinnamon Rolls?” I thought. So I tried the gluten free, vegan cinnamon roll, just for fun and it was absolutely the most delicious thing I’ve had in the last month! I am not gluten free or a vegan!

Bottom line is Amy’s organic and vegetarian food is delicious. The design of the building reminds me of Radiator Springs from the Disney movie, Cars. What really intrigues me is their business model. The water tower actually stores rainwater, they have a solar array, and the roof top is a living garden. All this good stuff — and the prices are completely on par with other fast food restaurants. 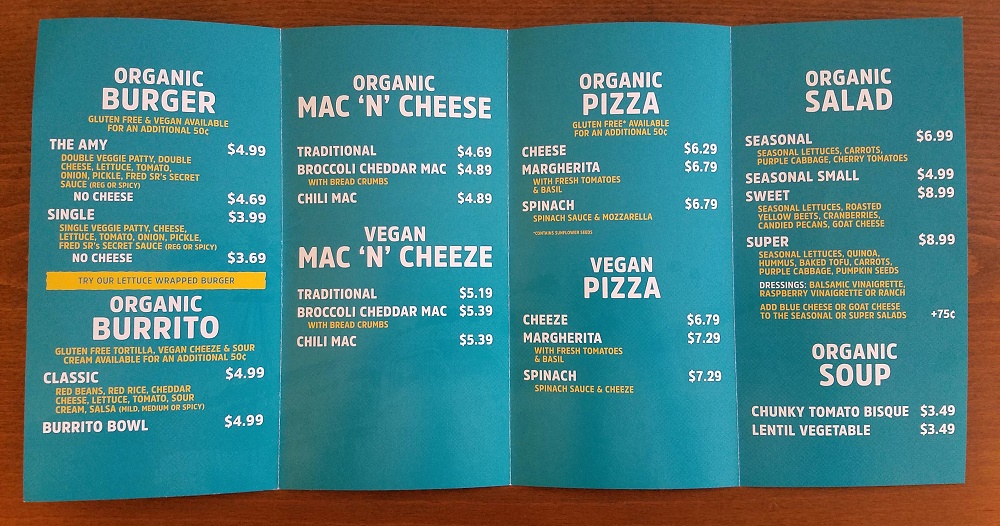 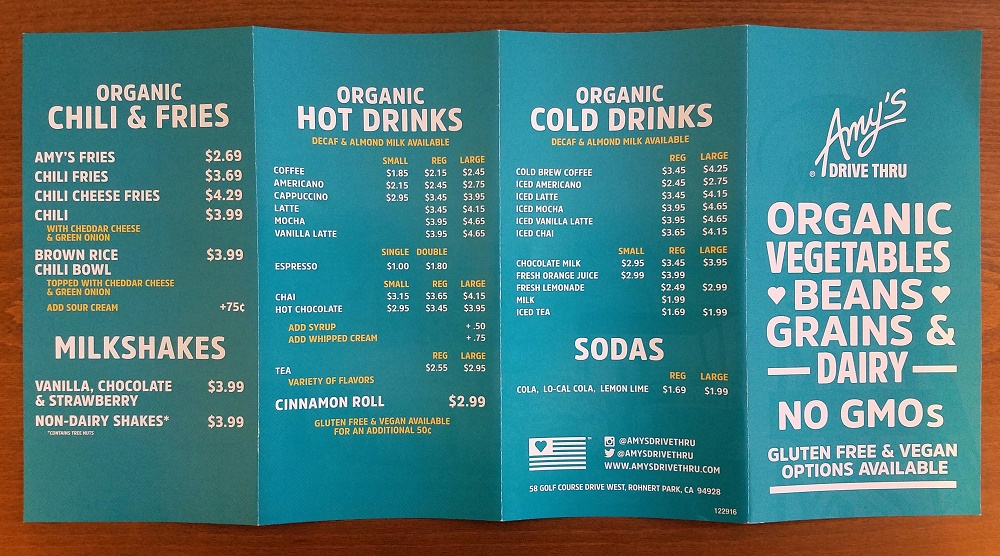 Why you should go: If you’re hungry. Or if you are trying to satisfy that gluten free, vegan, or vegetarian in the group!

I’ve been craving some real BBQ lately. And while Northern California has its more then fair share of every ethnic food you can imagine, anyone who’s been to real Barbecue Country can attest we lack a significant BBQ community out here (other than of course the Hamburger Ranch & BBQ up in Cloverdale).

Kinsmoke delivers in this department. I ordered the brisket on white roll and was not disappointed. They gave me a choice of type of meat cuts (I went with the combo), and ordered the mac and cheese. Kinsmoke also offers chick, fish, and ribs, but I’ll have to come back to sample those. The meat was well seasoned, juicy and the cuts were generous and not overly fatty. The table offered 5 different sauces to compliment the meat. I’m no expert on BBQ, but I have been to Kansas City and tried out a lot of different spots, but I do know that different regions have different styles of BBQ. At Kinsmoke they take a very Californian approach and offer “non-denominational” BBQ.

The location is conveniently located right on the Healdsburg Square. The atmosphere is that which a BBQ joint should be — old wooden floors, big spacious tables (lots of room to move around here), lots of metal and wood working together, a nice bar in the back with a few good sized TVs. Prices were reasonable as well. Overall very happy with this spot and I’ll be recommending them on my tours for sure. 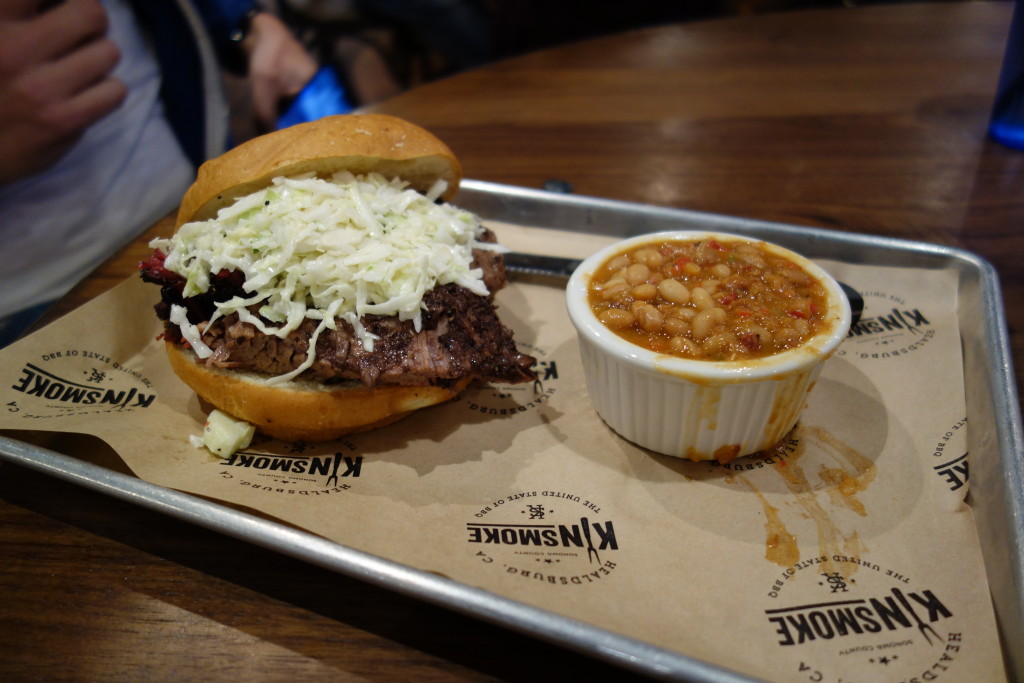 If you’ve ever seen the movie Chef, you know that Cuban food is not only delicious, but also incredibly ridiculously delicious. In an area where the deli sandwich is king, hey it’s wine country, Rumba Cafe in Windsor is a very welcome change of scenery.

I had passed by this place a bunch of times, but today I finally decided today to try it for lunch. It doesn’t look like a fancy restaurant, but like I’ve learned from traveling all over, looks are deceiving when it comes to food. And like Latin food the heart beats strong in this place. It’s family run and the siblings that helped me out were super nice. I order the Little Havana sandwich (mojo roasted pork, Swiss cheese, pickle, and garlic aioli), served with plantain chips it was perfect size… delicious! The citrus dipping sauce and marinade was something they should bottle. It should have a holiday named after it, it’s that good.

Maybe one day they’ll open a rum bar in there, but for now it’s got three taps with Lagunitas, Blue Moon, and Pacifica. I will be taking my tours there! 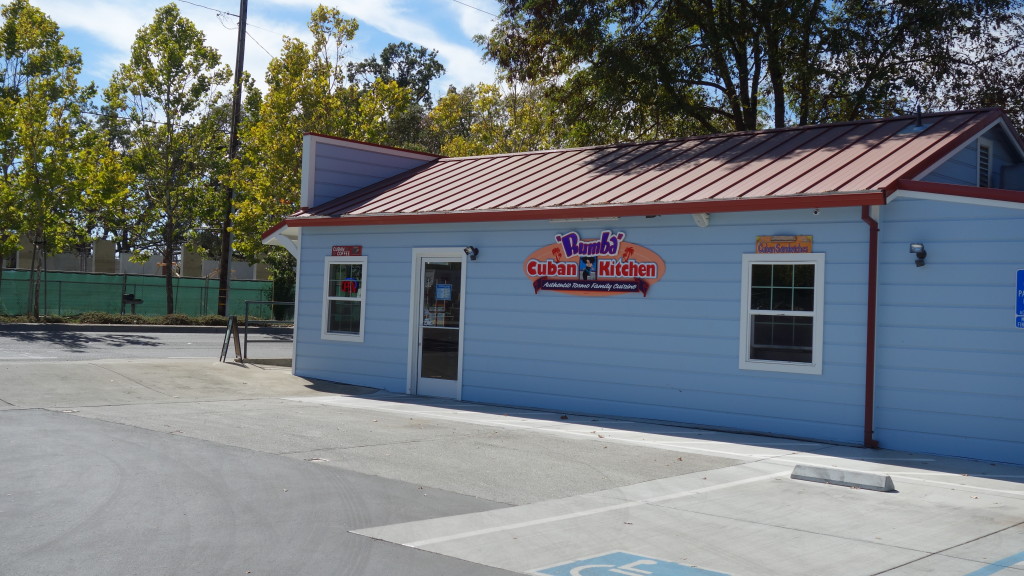 I tried desperately to spend some time in Japan on the tail end of my 4 months abroad in Asia, pretty much just to eat a ton a ramen. Not the $0.30 cent packet variety, well, kinda not. I was after the authentic noodle soup original. While I only spent 16 hours on a layover in Tokyo — where I ate 4 full sized meals, just because, hey Tokyo — I managed to find Ramen in a little whole in the wall and do my Ramen research.

So ramen changes depending on where you’re at in Japan. In the North it’s a miso base broth. And in the South the noodle changes as well as the broth. But I’m pretty sure that’s a horrible description of the way ramen can change. But like in wine, the best way to experience ramen is to try different types.

I came here for the second time on a whim. Well it wasn’t a huge whim, the first time was magical, haha. Totally satisfying. They’re only open Wednesday to Sunday (as of now), so for the first month or so they opened, I always seemed to catch them at the wrong time. And unless you have their address, then you may not find them. They’re in the old Forchetta restaurant building, conveniently located a few doors down from Screaming Mimi’s.

I’d share more about the menu, but honestly we got there late tonight and ate in a haste as to not be assholes. But the vegetarian broth with pork belly…and the special wings. Just awesome. There’s plenty to check out and the staff were great. This is a great addition to a funk Sebastopol and if your looking for a cool restaurant to eat at in Sebastopol, well you just found it. 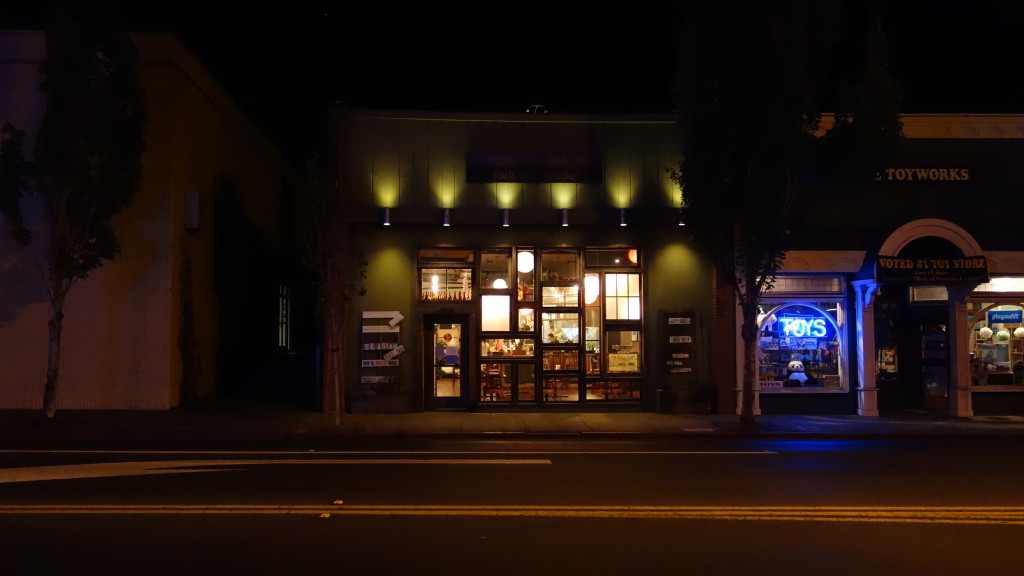